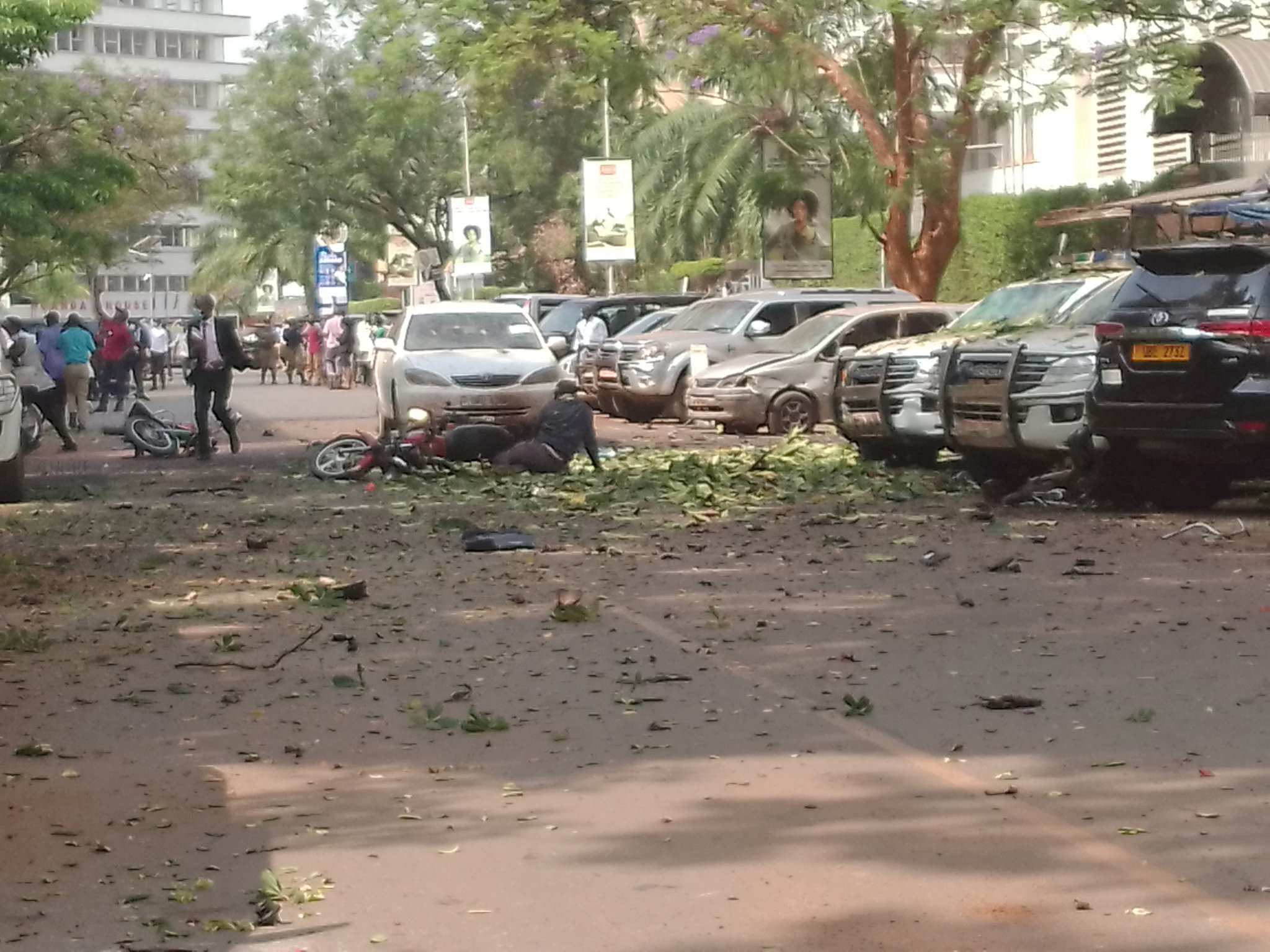 There is panic in the Kampala Central Business district following explosions at the IPS building opposite Kampala Capital City Authority-KCCA and the quarter guard at CPS Kampala this morning.

The blasts went off a few minutes after 10 am triggering panic in the area. Our reporter at the parliamentary avenue, says that three vehicles around Jubilee Building are on fire. Two police officers could be seen lying lifeless on the ground near the blast scene between Jubilee Tower and Queen’s Chambers.

According to the reporter, most of the buildings around the area have closed with people monitoring what is going on behind closed doors. At least five ambulances and two fire tenders are on the scene. Radio 4 News Team also saw several blast victims being carried off to the ambulances.

Police have cordoned off the parliamentary avenue from the main gate of parliament and the Ministry of Justice. Security has restricted access to the area.  Only journalists and security officers with clear identification are allowed to access the area of the blast.

It is still unclear how many people could have died in the blast but our reporter says pieces of human flesh and blood are visible at the scene of the blast. Police have introduced sniffer dogs at the scene to try and help them get some clues on the incident.