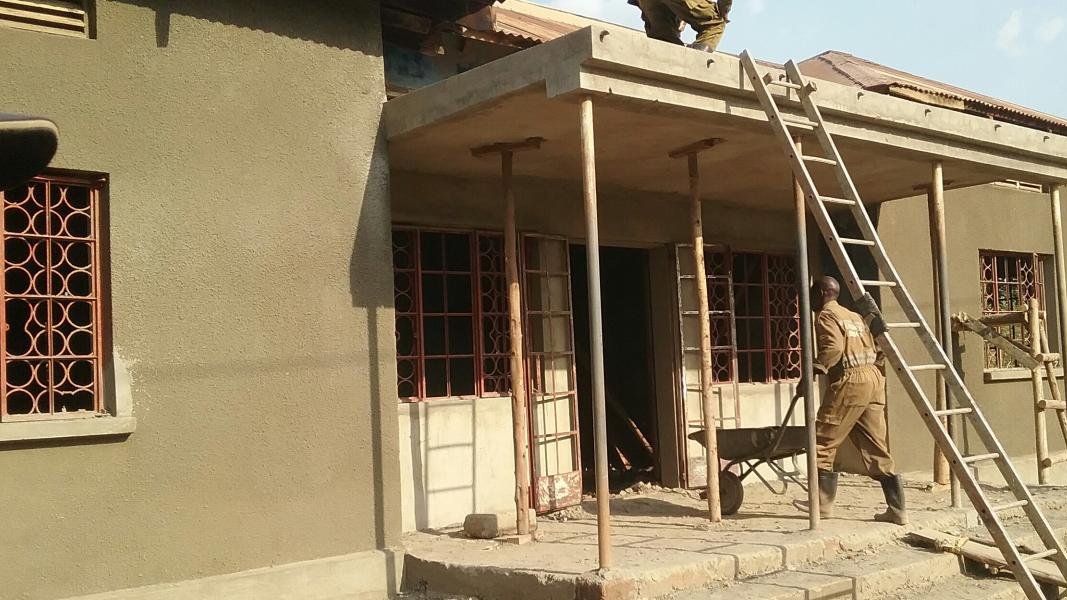 The house beeing constructed by the UPDF Engineering Brigade at Koro subcounty in Gulu district.

District Local Governments are stuck with construction funds as they wait for more instructions from the line ministries on how to procede with Uganda People’s Defense Force- UPDF Engineering Brigade.

Early this year, President Yoweri Museveni directed that all new government school and hospital projects be handled by the UPDF Engineering Brigade starting the 2021/ 2022 financial year.

But in Soroti district and City, billions of money is on the line as the accounting officers wait for guidance on how to involve the army in engineering works. Luke Lokuda, the Soroti Chief Administrative Officer says they are stuck with the money because there is no clarification on the scope of work to be undertaken by the army.

Lokuda says that the situation has been made more complicated with donor funded projects as donors have expressed reservation over the UPDF works.

Denis Ocung, the Soroti District Engineer wondered whether the UPDF has the capacity to beat deadlines in Local Government projects and other requirements.

Dr. Julius Okello, the team leader and head of infrastructure development at OPM delivery unit said that the UPDF directive will not affect ongoing projects but asked the accounting officers in Soroti to wait for directives from PPDA.

While giving directives on the UPDF involvement in construction works, the president said that over time, the UPDF Engineering Brigade has been able to build capacity to handle several projects ranging from simple, high level, and then to advanced construction projects.   He noted the move would help avoid the delays that have several times been occasioned to government projects by the contractors.