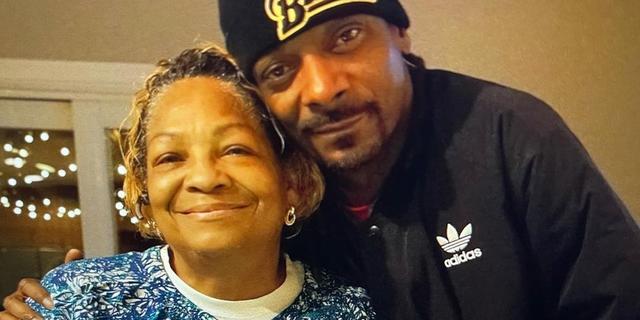 Snoop Dogg took to social media on Sunday to announce the death of his mother Beverly Tate at age 70.

The 50-year-old rapper posted a tribute to Beverly for his roughly 65.2 million followers on Instagram.

Snoop, real name Calvin Cordozar Broadus Jr., shared a tender photo of Beverly smiling while sitting on a scooter as her son wrapped an arm around her.

Mama thank u for having me,’ Snoop wrote in the caption along with a prayer and rose emoji. He also shared a photo of Beverly smiling as she held flowers wearing a red hat and red dress.

‘Thank u god for giving me an angel for a mother TWMA,’ Snoop wrote in the caption with the abbreviation standing for Till We Meet Again.

Snoop’s father Vernell Vardado, 71, confirmed Beverly’s death on Instagram and asked for prayers for his family posting that ‘we need it more than ever’.

Beverly, who had two other sons with Vernell, was hospitalized in July for an undisclosed illness and Snoop in May asked his fans and followers on social media to pray for her.

”I’m being tested right now, ya’ll. Make sure ya’ll pray for me and my family,’ Snoop posted earlier this year amid his mother’s health troubles.

Vernell left the family only three months after Snoop’s birth and he was named after his stepfather, Calvin Cordozar Broadus Sr.

Beverly and Calvin Sr. divorced in 1975 and she raised her family in a church environment in Long Beach, California.

Snoop over the weekend appeared on stage during the final night of Jamie Foxx’s Act Like You Got Some Sense Book Tour in El Cajon, California.

The rapper turned age 50 last week with a star-studded celebration.

The person who died in the Ishaka – bound bus yesterday, was a terrorist – MUSEVENI