A team of operatives suspected to be from the Chieftaincy of Military Intelligence-CMI spent the better part of Wednesday searching the home of Sheikh Yusuf Nyanzi, one of the suspects in the murder of former Police Spokesperson, Andrew Felix Kaweesi, his bodyguards Kenneth Erau and driver, Godfrey Mambewa in March 2017. The operatives stormed Nyanzi’s home in Kyanja Kisaasi in Nakawa Division, Kampala District on Wednesday morning following his arrest on Tuesday morning for unknown reasons.

Nyanzi has been out on bail following his release on September 11th 2019, by the then International Crimes Division Judge, Lydia Mugambe.  Nyanzi was first arrested in 2017 for the assassination of Felix Kaweesi, his bodyguard Kenneth Erau and driver Godfrey Mambewa. He was also charged with the murder of Major Muhammad Kiggundu and his bodyguard Sergeant Steven Mukasa on November 26th, 2016.

He spent months on remand until he applied for bail through his lawyers from Wameli and Company Advocates, which was granted after numerous applications. Nyanzi has been a free man until his re-arrest on Tuesday morning. His wife, Sumaya Nyanzi, says that unidentified security operatives picked up her husband and sixteen-year-old son, Abdul Rahim Yusuf Nyanzi in front of their home in Kyanja Kisaasi, a Kampala city suburb around 9 am on Tuesday.

She said that the operatives, who were driving in a white Noah vehicle, sped off to an unknown destination with the two. On Wednesday morning, our reporter visited Nyanzi’s home and found four plain-clothed armed security operatives guarding the home. Some of the operatives wore Uganda Police Force jackets on top of their plainclothes with black headgears.

An unspecified number of operatives was searching the house in the presence of Nyanzi who was brought in a Toyota Hiace vehicle Registration number UAH 694N. Sulaiman Mawejje Salongo, the LC I Chairperson Kyanja Central Zone who is also Nyanzi’s immediate neighbour also witnessed the search. The search started around 10 am and ended almost at 2 pm.

According to Nyanzi’s wife, they searched everywhere in the house starting with the bedrooms up to the ceiling. She claims that they left with her agreement for the sale of gold, simcards, passport and other court documents belonging to Nyanzi. 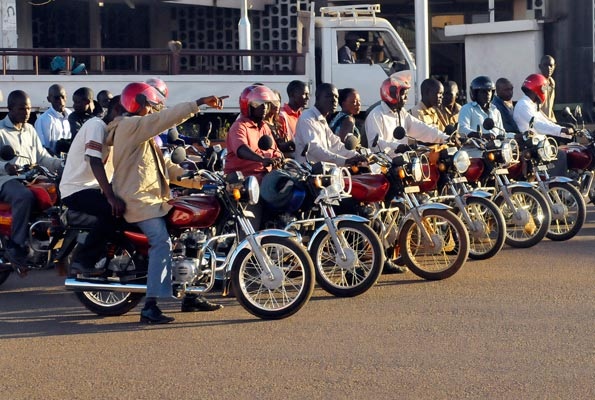