Ronaldo ‘becomes difficult to deal with’ if he loses, admits Paulo Dybala

Written by walusimbi ABDALLAH on April 23, 2021

Juventus forward Paulo Dybala admits he and Cristiano Ronaldo are battling it out to become the first to reach 100 goals for the club. 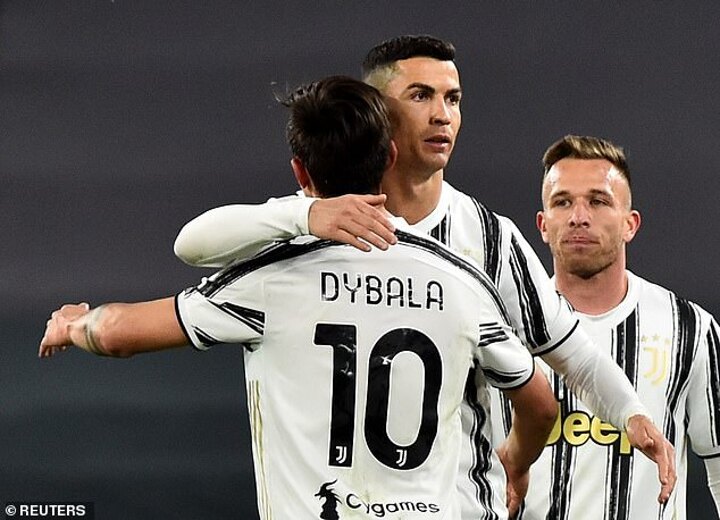 Dybala requires just one more goal to become a centurion, while the Portuguese striker still needs to add three to his tally to reach his target.

Dybala says Ronaldo – who is trying to reach the 100 mark with a third successive club – can be ‘difficult to deal with’ if he loses’.

Speaking of the situation between the pair, Dybala told Twitch: ‘Ronaldo and I are challenging each other to reach 100 goals with Juventus. I need only one, while he still needs three.

‘He always wants to win, even in training, and if he loses he becomes difficult to deal with for a few minutes.’

Dybala and Ronaldo have seven games left this season to achieve the feat – with six of those coming in Serie A.

Not only will the Juve players be looking to succeed individually during the remainder of the campaign, they will be looking to help the club finish fourth in the table and triumph at the Coppa Italia final.

As it stands, Ronaldo has failed to score his last two appearances. While Dybala’s attempt to reach 100 has been plagued by various injuries over the season.

The five-time Ballon d’Or winner has previously hit the record with Manchester United and Real Madrid.

He will be eager to add Juventus to the list as he heads into final 12 months of his contract at the club.